I have fond childhood memories of hunching toward the 2'x2' beige box they once called a computer and diligently ensuring I had enough Thompson gazelle to feed all my hungry lions. And enough grass to feed the hungry gazelles. And enough lions to show-off to the safari-hungry tourists in order to earn one of those 'big five' awards.

But then I had too much grass. And it took over and killed all the trees. And all the elephants died. And the tourists went home.

So, while people can claim video and computer games are bad for the youth, I gotta say -- shit got real in SimSafari. And boy did it help prepare me for organic gardening.

The dark truth is that, as much as you hate aphids, loopers, and spider mites, unless you have at least some of them, you'll never have any of the beneficial insects like ladybugs, syrphid flies, and lacewings. Why? Because of the most important lesson in SimSafari: everybody's gotta eat.

And right now, everybody be eatin' my shit. 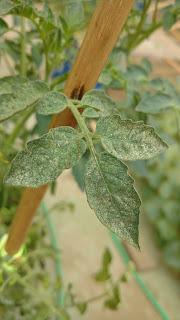 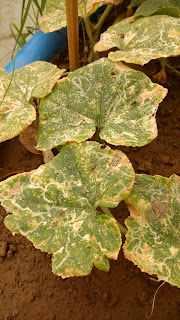 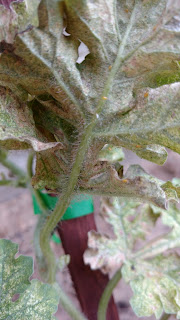 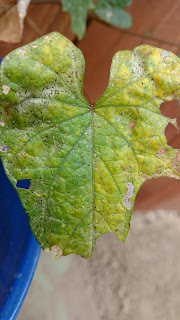 But before anyone asks me why I insist on growing organic and don't simply spray a little whatever on those plants, let me introduce you to my organic gardening pest policy:


You can't burn the house down then wonder why no one comes to dinner.

You don't drop a nuke on the safari, that's what.

You adjust the balance. Not obliterate it.

Gardening organic means accepting the annoying fact that balance is everything, yet things will never be perfectly balanced. There will be highs and lows, ebbs and flows. That's how nature works. That's how life works. That's how roller coasters work. What makes us think gardens work any different?

Frankly though... this whole organic mantra would be a lot easier to accept if it played out as romantically as it sounds: some good bugs, some bad bugs; a few bitten fruit, a few holey leaves; ultimately, a happy, healthy, imperfect but symbiotic vegetable plot. Voilà.

Yeah... not so much here at the Shandy Dandy.

At the moment, it's a vegetation massacre. But I'll tolerate my audience of 8 trillion spider mites and all the 'too-quick-to-stomp' grasshoppers, by consoling myself in the knowledge that I have over a dozen ever-growing mantis guardians that magically established themselves in strategic places around my garden.

This one here is Bean Bob.


Maybe not the hero my pole beans need, but the hero they deserve. Anyway, more on bugs later - right now I've got another post for you: Corn Tassels!


Don't all crowd in at once.
By Day at July 30, 2017
Email ThisBlogThis!Share to TwitterShare to FacebookShare to Pinterest
Labels: Bugs, Organic